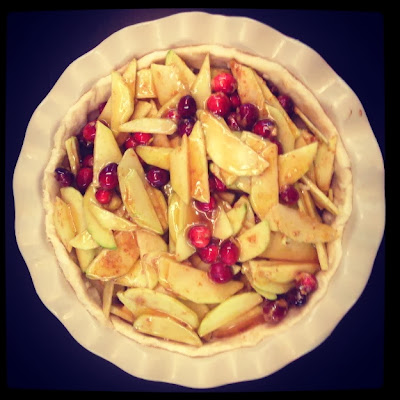 This is the pie that I make every year for Christmas with my in-laws, the one I wouldn't dare show up without. 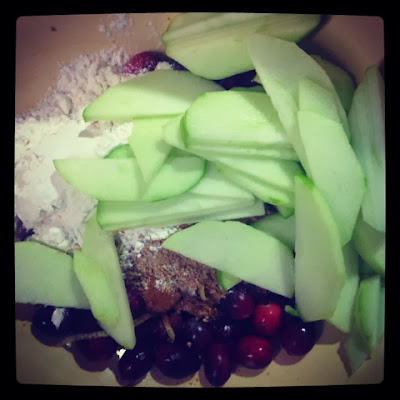 I made it this year for Thanksgiving when my oldest son Jonah brought his vegan roommate home for the holiday - but it's one of those recipes that non-vegans don't even notice is vegan, they just notice that it's festive and pretty and delicious.

It could be converted into a gluten-free treat by making a gluten-free crust, or by omitting the crust altogether and making apple-cranberry crumble, using gluten-free oats and oat flour. The filling and topping are amazing, and leftovers make my favorite Boxing Day breakfast.

Roll out pie crust, fit into pie pan, and refrigerate while you prepare the filling.

Combine oats, walnuts or pecans, flour, remaining salt, remaining cinnamon, and remaining sugar in a food processor. Pulse a few times. Transfer to mixing bowl, and drizzle in melted coconut oil. Stir with a fork to make a crumbly topping.

Remove foil and bake 25-30 more minutes, until topping is brown and filling bubbles. 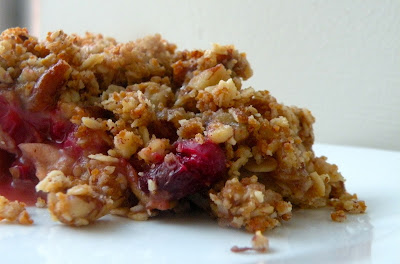