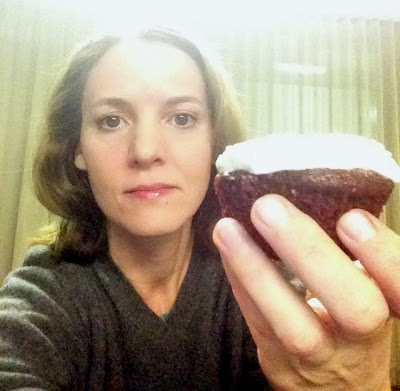 Lou Reed died over two months ago and I am still reeling from the full-blown body blow of the loss. "Fuck," I wrote on Twitter, to my long longtime friend and musical collaborator John Strohm: "Fuck. Lou was everything." "Exactly," he wrote in reply, and maybe there's nothing more to say about it.

Yet I feel an intense longing to say something more, a need, really, to pay appropriate tribute to this most looming idol of mine; my inspiration, my ideal. Lou. Lou. Lou.

I have read the heartfelt and potent tributes of others; blog posts, essays, magazine articles, all more eloquent than anything I could write, many of them expressing aspects of my very feelings better than I can express them myself. I especially love this one by Will Sheff - that bit about being on tour with his band, driving across the desert, listening to "Sister Ray," and how it changed something in him. I get it. I sat in that van too.

It seems like the subject of Lou has been covered in these past months, saturated, and so why should I write something too? What can I contribute to the voices of mourning?

I wish I could write him a song, instead. Maybe that would make sense, seeing as how Lou's songs altered the course of my life. He inspired me to play music, but not just to be a person who plays an instrument - to be a person in a band, the thing that he presented to me as the ultimate right thing to do in life. Wine in the morning. Breakfast at night. He inspired me to look for the wilder side of things, and maybe I never quite made it to the world I imagined he lived in, or maybe I only glimpsed it now and then, but still he planted a vision in my soul, permanently, and he did it with his songs, with the sound of his guitar, with his voice, with his laugh. Especially his laugh.

Bob Dylan wrote a song to Woody Guthrie. I've been thinking about that song a lot lately. But music has all but slipped away from me - after twenty years of playing in bands I've been on hiatus now for nearly seven years. Although Lou's death did stir in me a dormant desire to write and play again, a stirring that appears to be moving me out of retirement, and that makes me wonder if his death has somehow saved my soul. Still, I can't write a song to Lou. It wouldn't be good enough. It couldn't be.

So, what? No beautiful essay. No glorious song.

Maybe, I thought, I could make him a cupcake.

It would have to be red velvet, blood red, not too sweet, with a dark molten center. It would have to kind of get you high, and kind of turn you on. It would be decadent, not too pure, but not too junky, either, with quality ingredients, and something unlikely hidden in it, like crushed beetle shells, or my own blood, or cherry juice, or pickled plum vinegar, or strong dark rum. It would have to - like a dirty french novel - combine the absurd with the vulgar.

It would have to be some kinda cupcake.

But this last batch came closer. The warm center filled my mouth, the heroic dose of chocolate went right to my head, the red stained my fingers.

So, hey, Lou Reed. I made you a cupcake. It was the best I could do.


Make the chocolate filling first by warming coconut creamer or cashew cream in a small saucepan, stirring in chocolate until it melts. Set aside to cool while you make the cupcake batter.

Line a cupcake tin with 12 liners.

Mix milk and vinegars in a medium bowl, whisk and set aside for ten minutes to curdle.

Stir wet ingredients into dry and stir until batter is fairy smooth but don't over-mix.

Cool completely before frosting (I can never wait - notice my slightly melting tops). Use your favorite cream cheese frosting, or try this crazy recipe of mine. My son Henry says it's the best he's ever had, and I am inclined to agree but it is weird and time-consuming.

Blend cashews and coconut cream in a blender for five minutes or so, until very smooth. Add coconut oil, vinegar, vanilla, agave, and sea salt and blend very well.

Using a stand mixer, beat shortening and margarine until fluffy. Add contents of blender and beat for one minute of so. Put bowl in refrigerator for an hour - it will thicken up, don't worry. Before frosting cake or cupcakes, beat frosting until it is light and creamy. You won't believe how good it is. 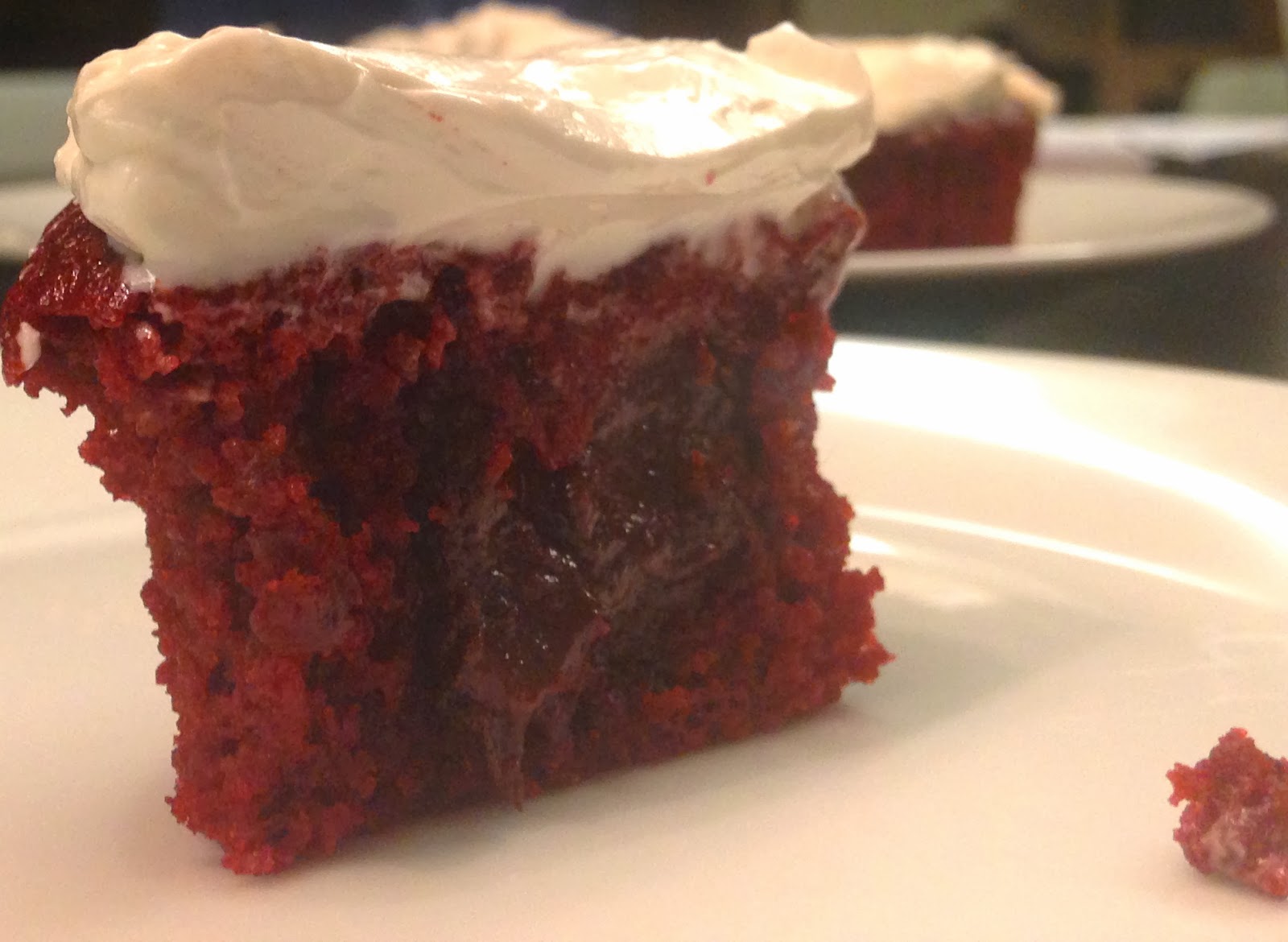